Should You Buy an iPhone 12 Pro? – Circuit Planet Skip to content
Cart

Now reading: Should You Buy an iPhone 12 Pro?
Share
PrevNext

The iPhone 12 Pro and iPhone 12 Pro Max are Apple's latest smartphones, offering 5G connectivity, the A14 chip for better performance, an improved camera system with a LiDAR scanner, and MagSafe, all in a new, squared-off design.

There are clear signs of an iPhone 13 Pro and iPhone 13 Pro Max arriving later this year with a number of upgrades and improvements, but the launch of these devices is believed to be around half a year away. This means that it is still a good time to buy the iPhone 12 Pro or the iPhone 12 Pro Max for the vast majority of people, but some customers may now prefer to wait until new models arrive in the fall.

Likewise, if you feel that the iPhone 12 Pro may be too large for you and are conscious of one-handed use and pocketability, the iPhone 12 mini offers the same extensive feature set as the iPhone 12, just in a smaller design.

Apple on October 13, 2020 unveiled the newest high-end flagship iPhones, the iPhone 12 Pro and iPhone 12 Pro Max, which are being sold alongside the more affordably priced iPhone 12 and iPhone 12 mini. Apple this year heavily emphasized the "Pro" aspect of the new iPhone 12 Pro models, suggesting the more expensive iPhones "push the boundaries of innovation" for the people who "want the absolute most out of their iPhones."

Available in 6.1-inch and 6.7-inch size options, the two new Pro models feature full-screen Super Retina XDR displays that are edge-to-edge with the exception of the Face ID notch.

Protecting the displays is a new Ceramic Shield cover, which Apple says "goes beyond glass" and is tougher than any smartphone glass. It's infused with nano-ceramic crystals and offers 4x better drop performance.

The iPhone 12 Pro and Pro Max have an entirely new look that's similar to the design of the iPad Pro with flat edges instead of the rounded edges used in prior models. There's a precision-milled matte glass back surrounded by a stainless steel band.

Color options include graphite, silver, gold, and pacific blue, with the blue shade replacing the midnight green used last year. The iPhone 12 Pro and Pro Max offer IP68 water and dust resistance and can hold up to submersion in 6 meters of water for up to 30 minutes.

5G coverage is available worldwide, but only iPhone 12 devices sold in the United States support mmWave 5G, which is the fastest 5G technology available. iPhone 12 models sold in other countries are limited to the slower but more widely available Sub-6GHz 5G connectivity. In the U.S., 5G speeds can be as high as 4Gbps, even in highly populated areas.

Gigabit LTE is supported when 5G isn't available, as is WiFi 6 and Bluetooth 5.0. Like the iPhone 11 models, the iPhone 12 Pro models include a U1 Ultra Wideband chip for spatial awareness and interactivity with other devices that include the U1 feature such as the HomePod mini.

There's a new A14 chip inside the iPhone 12 Pro models, and it is the first chip in the smartphone industry built on a 5-nanometer process for performance and efficiency improvements. Apple says the 6-core CPU and 4-core GPU in the A14 are 50 percent faster than the fastest competing smartphone chips. The A14 chip includes a 16-core Neural Engine that offers an 80 percent increase in performance for machine learning tasks.

For the most part, the iPhone 12 Pro and iPhone 12 Pro Max offer identical specs, but the exception is the camera, where there are some notable differences. The iPhone 12 Pro is equipped with a new seven-element Wide camera with an f/1.6 aperture, which brings 27 percent improved low-light performance for photos and videos.

There's also an Ultra Wide camera with a 120-degree field of view and a 52mm telephoto lens that offers 4x optical zoom.

The iPhone 12 Pro Max also has a seven-element Wide camera with an f/1.6 aperture, but it has a 47 percent larger sensor for an 87 percent improvement in low light. It has the same Ultra Wide camera and a 65mm telephoto lens that enables 5x optical zoom. 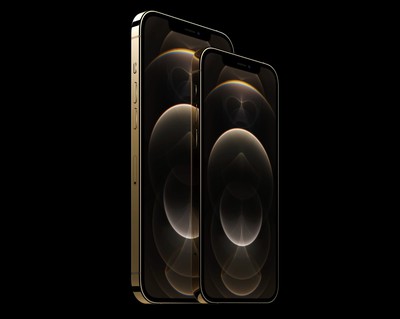 As for video, the iPhone 12 Pro models support 4K 60fps video and HDR video recording with Dolby Vision at up to 60 frames per second, and better video stabilization. A Night mode time-lapse video option allows for impressive night time videos when a tripod is used.

The iPhone 12 Pro and Pro Max are equipped with a LiDAR Scanner that measures light distance and pixel depth of a scene to map out the area around the iPhone. It allows for more realistic AR experiences and it improves autofocus by 6x in low-light scenes for improved accuracy. The LiDAR Scanner enables Night mode portraits. 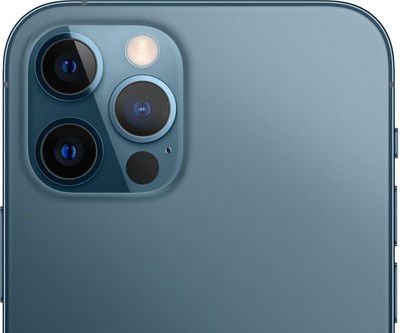 Both of the new iPhones offer fast charging, which provides a 50 percent charge in 30 minutes using a 20W power adapter.

6 Tips To Protect Your Smartphone From Damage

Top 10 Advantages of an iPhone Over Android: Know Here